The reason for the dissolution of the Streptococcus pneumoniae is due to the presence of the autolytic enzyme (Autolysins). In action to the bile spot reagent, the autolysins become activated. The autolysin amidases cause autolysis of bacterial cells by disintegrating the peptidoglycan backbone.

An intracellular autolytic amidase gets activated in response to a surface reagent like bile salts and cleaves the bond between an alanine and muramic acid of peptidoglycan. In this context, we will discuss the definition, principle, reagent preparation and three common methods of the bile solubility test.

It involves direct and indirect method, in which the bile salt reagent can be added directly over the isolated test organism and indirectly added to the medium containing saline and heavy suspension of the test specimen.

The bile solubility test relies upon the activity of cell-bound autolysin amidase Lyt-A enzyme (capable of lysing the cell). The enzyme becomes active in reaction to the surface-active reagents like bile salts. 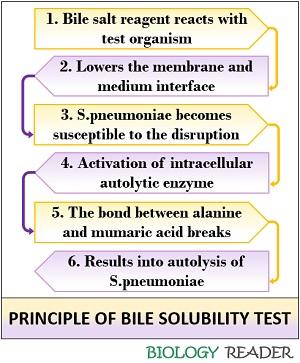 Bile salts result in the cell disruption of Streptococcus pneumoniae, after which an intracellular autolytic enzyme activates. This enzyme will break the bond between an alanine and muramic acid of the peptidoglycan and finally cause autolysis of the bacterial cell.

It is prepared by dissolving bile salt like sodium deoxycholate in sterile water. 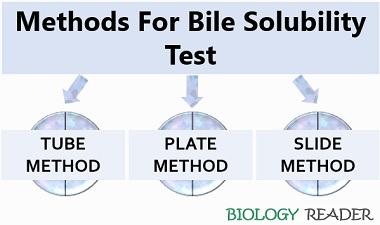 It is an indirect method, which involves the following steps: 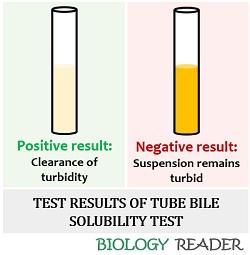 It is a direct method, which involves the following steps: 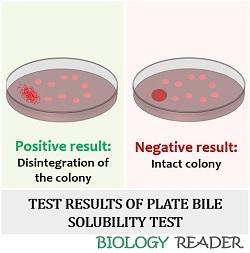 It is also a direct method to perform the bile solubility test, which includes the following steps: 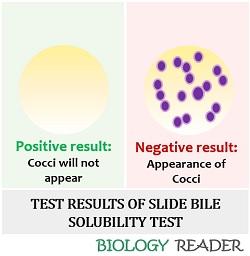 Therefore, we can conclude that the bile solubility test helps in the identification and differentiation of Streptococcus pneumoniae from other Streptococci, based on the property of bile solubility. S.pneumoniae is bile sensitive, as it emulsifies by the reaction of bile salt reagent via an intracellular autolytic enzyme, whereas other strains are bile resistant.