The difference between liver and kidney is due to the following properties:

The liver is the organ, which is the part of our digestive system, and the kidney is the part of our excretory system. The liver and kidney location differs, as a former is located on the right portion of the abdominal cavity ( just below the diaphragm), and the latter is located on the posterior side of the abdominal cavity (just behind the peritoneum).

By considering the number, a human body has one liver and two kidneys. In this context, we will study the key differences between the liver and kidney, along with the comparison chart. You will also get to know the definition, anatomy and functions of both kidney and liver.

Liver: It is the large, glandular and the second largest organ, which is the essential part of our digestive system that performs a central role in providing energy or metabolism to the body. 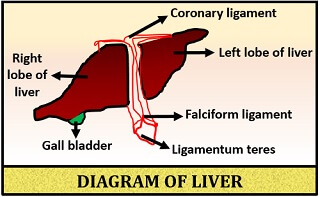 Kidney: It is small and a bean-shaped organ, which is the essential part of our excretory system that performs a central role in filtering waste nitrogenous products from our body through its functional unit called a nephron. 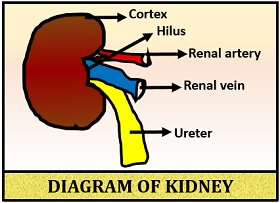 A liver comprises numerous cells called lobules that are considered as the functional unit of the liver. There are about 100,000 hexagonal lobules that form the structure of the liver. The tissues surrounding the liver are the connective tissues. There is a long central vein present in the middle that terminally joins to the hepatic vein or interlobular vein.

There are six hepatic arteries, portal veins and bile ducts which surrounds each lobule of the liver. Some capillary tube-like structures are also present in the liver’s structure that extends from the central vein to the hepatic portal vein and called sinusoids.

The hepatocytes and kupffer cells surround sinusoids. Hepatocytes cells constitute the majority of the liver portion and help in digestion, metabolism and storage, whereas kupffer cells capture the old or dead RBCs and break them down.

The kidney is divided into four zones, which are as follows: 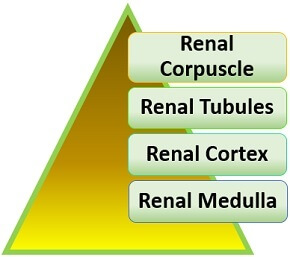 Cortex: It is surrounded by a layer of fatty tissue called a renal capsule. It helps protect the internal structures of the kidney and composed of a glomerulus and convoluted tubules.

Renal medulla: It is the inner tissue of a kidney that is generally smooth and contains renal pyramids and a loop of Henle. Renal pyramids contain strings of nephrons that act as a functional unit of the kidney. The fluid is transferred by the renal pyramids to the kidneys, which later passes over by the nephron to the collecting ducts. Collecting ducts are the exit portions for the filtered fluid.

Key Differences Between Liver and Kidney

Therefore, we can conclude that both the liver and kidney are the two essential parts of our body. Without the liver, our digestive system is incomplete, and without a kidney, our excretory system is incomplete. It is evident that in the absence of any organ or cell, the other parts of our body will not function properly. As our body is designed to perform multiple tasks, all the cells and organs perform distinct functions. Therefore, both the liver and kidney are the core of the digestive and the excretory system, respectively.