The difference between osmotic pressure and osmotic potential is characterized by the properties like a chemical equation, effect of solute particles and types of system where it develops.

It refers to the pressure difference between the solution and pure solvent resulted after adding solutes to one side. Osmotic pressure can also be defined as the pressure applied to a solution in order to nullify osmotic flow. It is a colligative property, which means that solute particles in a solution directly influence the osmotic pressure. 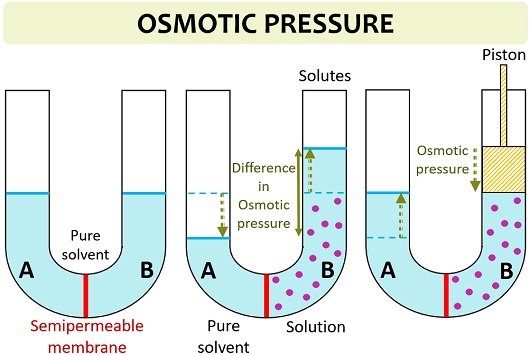 More solute concentration will cause the movement of pure solvent towards the side of high solute or low water concentration, thereby causing a potential difference between the two sides.

It refers to the potential of solutes that facilitate the movement of water from a hypotonic region towards the hypertonic state (contains less water and more solutes). Osmotic potential is also known as solute potential, and it lowers the chemical potential or free energy of pure water due to solute particles. 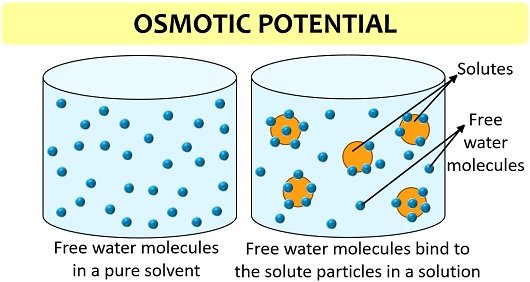 It is also a colligative property, i.e. depends upon the concentration of solutes in the solution. More solute concentration will decrease the random motion of the water molecules, thereby decreasing the water’s chemical potential.