Gram staining is used widely and the most popular method in laboratories. It is the type of differential staining, which makes the use of more than one stains to differentiate the bacteria. The gram staining method was first given in 1884 by the Danish scientist and Physician Han’s Christian Gram.

It is the type of differential staining that is used to differentiate the bacteria majorly into two groups, i.e. gram-positive and gram-negative based on cell-wall difference and by the sequential application of crystal violet, iodine, alcohol and safranin.

What is a Gram Stain?

Gram stain is the differential stain, which makes the use of four reagents that are given below: 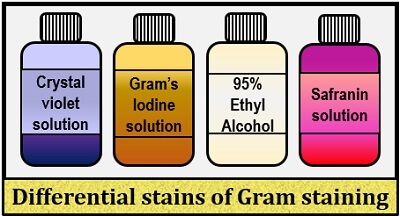 Then, the Iodine (I or I-3) is added, which interacts with the CV+ and forms Crystal Violet-Iodine (CV-I) complex. This CV-I complex forms within the cell wall and the cell cytosol or cytoplasm.

After that, the decolourizing agent, i.e. Ethanol interacts with the lipid content of the bacteria, and this treatment is the important step to differentiate both gram-positive and gram-negative cell.

The process of gram staining includes the following steps: 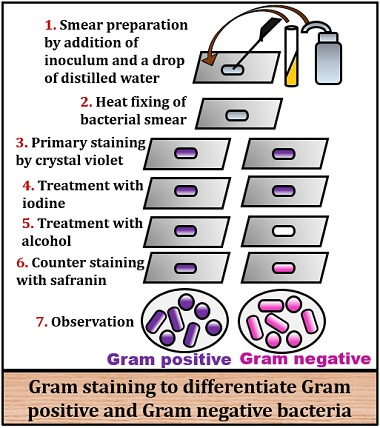 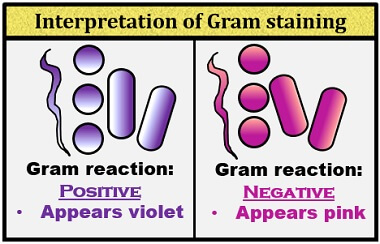 Besides, gram staining also helps in the study of the morphology and arrangement of the bacteria. It also helps us to know about the chemical and physical properties of the gram-positive and gram-negative bacteria, based on the cell wall difference.