Binary fission is an asexual method of cell reproduction. The word asexual implies a reproduction that does not involve sex cells or gametes. Instead, the somatic cells take part in the asexual process that forms a clone of the parent.

Fission is a process in which an organism divides into two or more fragments. Further, the fragments regenerate into new offspring that are genetically alike.

Also, the new individuals have the potential to grow up to the size of a parent cell. By breaking the term binary fission, we can define the term easily. The term binary is marked by a number two, and fission is the splitting or breaking up of something into parts.

So, we can say that binary fission is the process of cell splitting into two daughter cells. Here, an important thing to note is that these daughter cells are genetic clones of a parent cell.

But, the mechanism of the two processes is relatively different.

Binary fission is common in prokaryotes like bacteria, archaea and eubacteria etc. and includes the following steps: 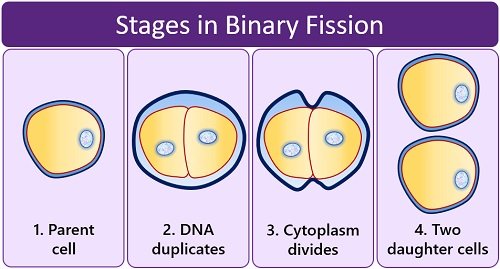 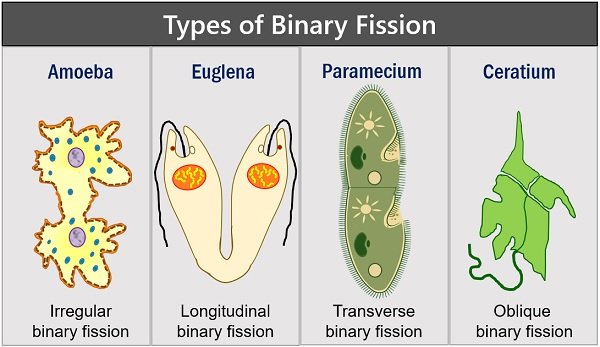 While it’s easy to generalize and say binary fission only occurs in prokaryotes, this isn’t exactly true. Specific organelles in eukaryotic cells, such as mitochondria, also divide by fission. 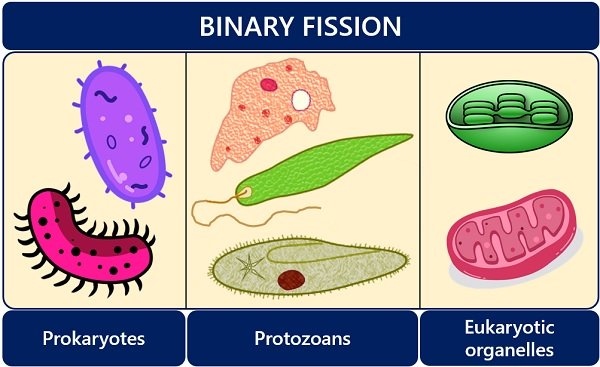 The cell division in prokaryotes is very simple, as their genome comprises a single, circular DNA chromosome. The genetic material of prokaryotes exists within a nucleoid of a cell. 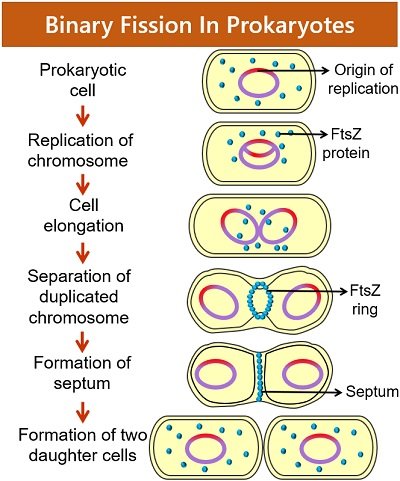 It also occurs in simple eukaryotic organisms like amoebas, euglena, and paramecia. 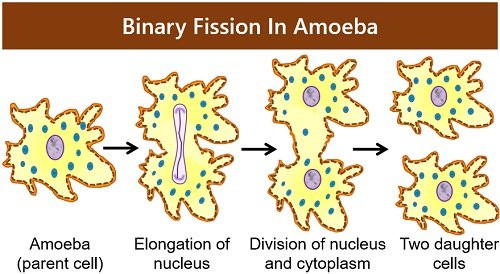 Binary fission in Paramecium occurs during the favourable condition when food is available in large quantities and the temperature is favourable. The generalized steps in the reproduction of Paramecia include:

The proter and opisthe portions resemble the parent cell in size, shape, and structure. In this way, the whole process completes by forming two daughter-Paramecia. All such individuals produced from one parent paramecium are also known as clones, as they are genetically alike. 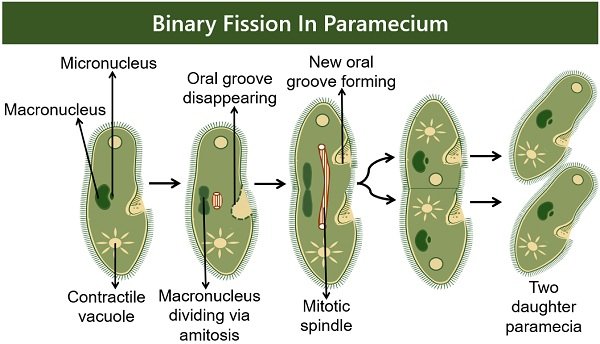 Mitochondria and chloroplast are cell organelles that are not produced de novo by the eukaryotic cell. They proliferate by the binary fission of the pre-existing organelle.

Mitochondria are the energy-producing organelles and chloroplasts develop the photosynthetic machinery. Both have their own circular DNA and contain 70S ribosomes.

The cell division in both occur via ring formation at the constriction site. The plastid-dividing (PD) and the mitochondrion-dividing (MD) rings comprise ring-shaped bundles of nanofilaments. These rings exist on the cytosolic side of the outer membrane of the corresponding organelle.

Let us discuss the mechanism of binary fission in Mitochondria. 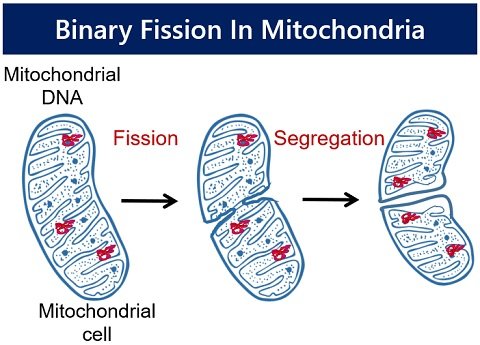 Therefore, binary fission is an asexual mode of reproduction which occurs in prokaryotes and some simple eukaryotes. It only requires a single parent cell that divides to give two identical offspring. The newly produced offspring are clones of the parent cell, due to which they are genetically invariable.

1 thought on “Types of Binary Fission”