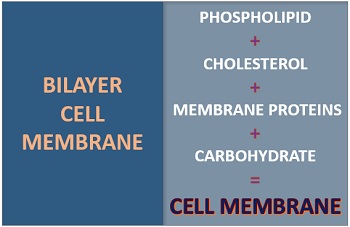 The phospholipid layer makes the plasma membrane selectively permeable by creating a barrier between interstitial and cytosolic fluid. To know a detailed or well-labelled structure of cell membrane, a prevalent model was introduced named “Fluid mosaic model”. Before proceeding to the fluid mosaic model, let us study the definition, integral components and functions of the cell membrane.

The bilayer cell membrane can define as the innermost layer after the cell wall, which consists of a two-layer of phospholipid molecules, embedded proteins and extracellular carbohydrate. It acts as a semi-permeable membrane, where the phospholipid layer provides a chemical barrier between the cytoplasm and the surrounding environment. It also refers as “Plasma membrane”. The cell membrane allows the exchange of only specific or selective molecules between the cell and surrounding, and thus it also refers to as “Selectively permeable membrane”. A cell membrane primarily composed of 40% lipid, 60% protein and 1-10% of carbohydrate of dry cell weight.

Lipid: Phospholipid and cholesterol molecules constitute the part of lipid. 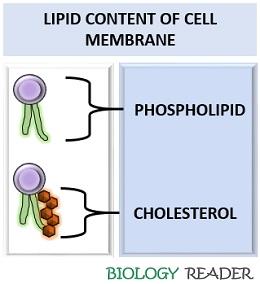 It is a chemical substance or triglycerides, which make up the basic fabric of the cell membrane. In the year 1847, lecithin was the first phospholipid that has been identified in the living tissues. The structural configuration of phospholipid consists of one hydrophilic head with a phosphate group and two hydrophobic tails containing fatty acid. 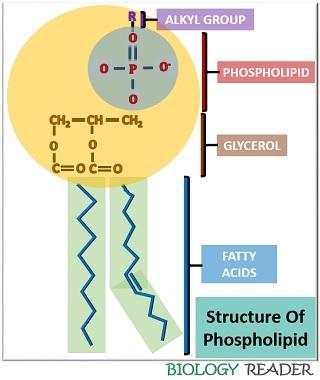 The phosphate group and the chains of fatty acid are usually attached by a glycerol molecule. One chain of phospholipid molecule contains saturated fatty acid, whereas the other contains unsaturated fatty acid. Therefore, it shows an “Amphipathic property” by being both hydrophobic and hydrophilic.

Therefore according to the “Like dissolve like” rule, the hydrophobic tail will not dissolve readily in water and pointed inwards where they can only interact with each other.

It can define as another lipid constituent, which is present in the core of the cell membrane. Cholesterol attaches alongside with the hydrophobic tails of the phospholipid layer. Its structure consists of a polar head, planar steroid ring and non-polar hydrocarbon tail. The cholesterol molecules bind with the neighbouring phospholipid molecule via hydrogen-bond.

Cholesterol is composed of four fused rings of carbon with hydrogen atoms. These are hydrophobic, thus found between the hydrophobic tails of phospholipid.

Proteins: Channel and carrier proteins are the membrane proteins, which constitute a significant part of a protein. 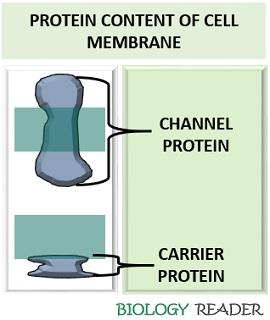 These are also the major components of the cell membrane and are of two types namely, 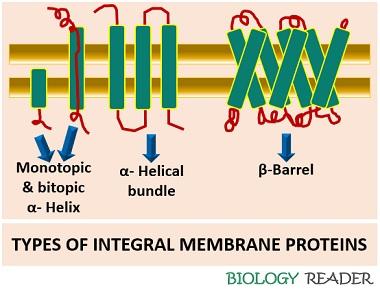 Polytopic transmembrane β barrel or Channel protein: It performs a functional role in the transportation of different molecules. 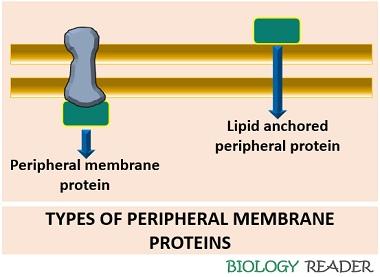 It dissociates at high pH and salt concentration. It locates either peripheral to the lipid membrane or the integral protein.

It is the third major component of the cell membrane, which is present in the extracellular space and refers as Glycocalyx. It basically consists of 2-60 monosaccharide units and the structure of glycocalyx can be straight or branched. 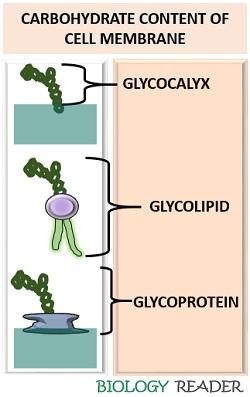 A cell membrane performs many activities, which can be understood by knowing the individual role of the particular component.

Fluid mosaic is the best model to explain the structure of the cell membrane. It was introduced in the year 1972, by the two scientists named Singer and Nicolson.

This model represents a very detailed structure and components of the cell membrane, which consists of phospholipids, membrane proteins and carbohydrate molecules. It also refers as “Phospholipid bilayer model”. Now let us understand the reason why this model named so.

Fluid: The components of the cell membrane are flexible to move inside the phospholipid bilayer.

Mosaic: A cell membrane comprises of many different molecules like lipids, proteins and carbohydrates which altogether gives a “Mosaic” appearance to the cell membrane.

Therefore, a cell membrane has a complex structure which comprises of many components which we have discussed earlier.