There is an inlet pump in a continuous cultivation system that continuously allows the sterile nutrient medium to enter the reservoir. An effluent pump continuously elutes the excess cells and by-products of the medium.

By this continuous operation, the microbial cells grow in a steady exponential phase, as there is neither depletion of nutrient nor accumulation of toxic by-products. In continuous culture, cell density and other factors like the concentration of a substrate and product remains constant, whereas the addition of fresh nutrient medium dilutes the culture medium.

The increase in the fresh nutrient medium’s flow rate will increase the dilution rate and decrease retention time. In this session, we will understand the definition, apparatus used, drawbacks and advantages of the continuous culture.

Continuous culture is one of the cultural processes, in which the bacterial population grow at a constant cell concentration and volume within the culture vessel or reservoir. It is a type of open cultivation system. As the name itself defines that there will be the continuous addition of the nutrient medium and the constant elution of the product. This property of a continuous culture differentiates it from the batch and fed-batch culture methods.

One requires some additional equipment to maintain the microbial cells’ steady phase to perform the continuous culture method. Chemostat and turbidostat are the two unique types of equipment, which are most commonly used in continuous culture. 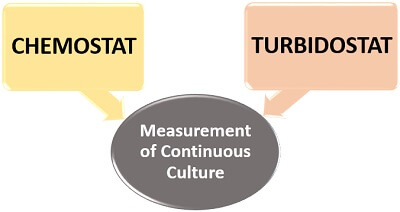 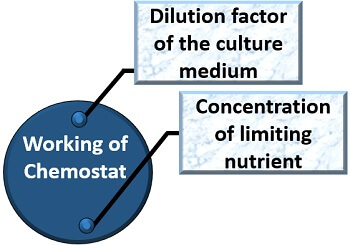 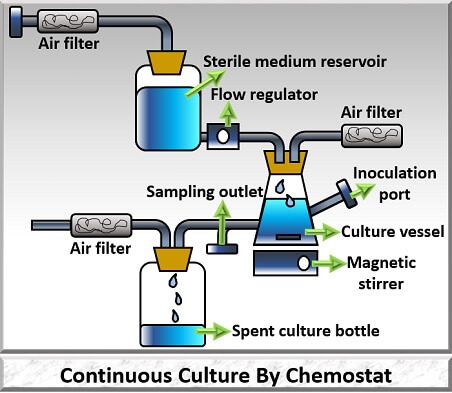 Culture of Bacteria by Chemostat

It is also called “Biostat”. A turbidostat is a device that maintains the constant cell density by controlling the flow rate of the fresh medium. Turbidostat is an apparatus introduced by the two scientists Bryson and Szybalski in the year 1952. It is a device, which working depends upon the two components like: 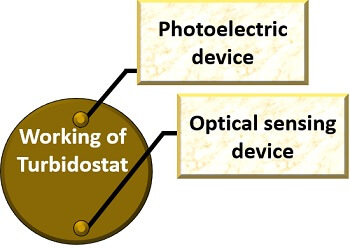 Photoelectric device: A photoelectric device like photodiode performs a key role in examining the cell density in the culture vessel. Therefore, it determines the alternation in the concentration of the medium. 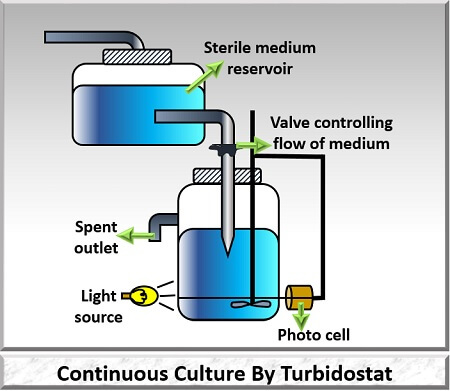 Culture of Bacteria by Turbidostat

Therefore, a continuous culture is preferred over other cells cultivation methods like batch and fed-batch culture. It gives high productivity as the microbial cell exists in their logarithmic phase. The log phase is a stage of highest metabolic activity where cells convert substrates into a product.