Passive and active transport is the biological process that helps in the transportation of nutrients, minerals, ions etc. across the cytoplasmic membrane. The cell or cytoplasmic membrane is selectively permeable for the type of molecules that are entering inside the layer. The transport mechanism merely called as the diffusion process, where the molecules or ions either move down or up (against) the concentration gradient.

In this context, we will discuss some of the major differences between passive and active transport along with the comparison chart. Besides, we can also learn the different types and mechanism of both the processes.

It is a biochemical transport mechanism, which can transport molecules from a high concentration to a low concentration without ATP expenditure through the semi-permeable membrane. Here, the particles will move down the concentration gradient, and the process is called passive diffusion. 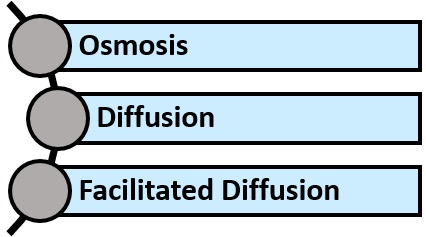 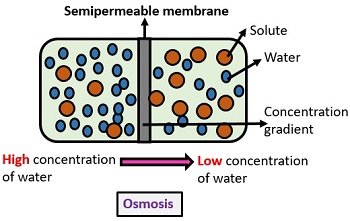 Diffusion: It allows the movement of small molecules like O2, CO2 etc. from the region of a high concentration to the medium of low concentration. Example: Movement of gases like oxygen, nitrogen etc., ethanol, short-chain fatty acids etc. 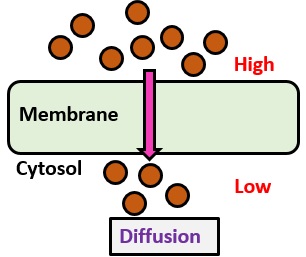 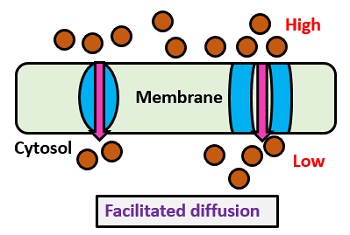 It is a biochemical transport process, in which the molecules are transported from a low concentration to the medium of high concentration by the use of ATP and some carrier proteins through the semi-permeable membrane. Here, the particles will move up the concentration gradient.

Active transport generally possesses two different mechanisms, which we have discussed below: 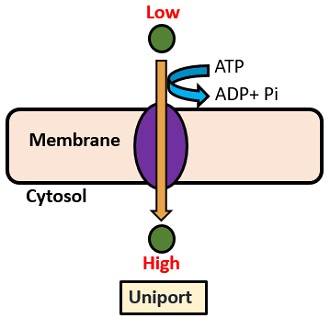 Secondary active transport: It is also called Indirect transport. Here, the molecules or ions move across the membrane by the protein present in the cell membrane by the help of energy stored in the concentration gradient after the break down of ATP. Therefore, it is Carrier-mediated transport, and it also involves the indirect use of ATP. One molecule acts against the gradient, and the other moves down the concentration gradient. It can be subdivided into the following two types: 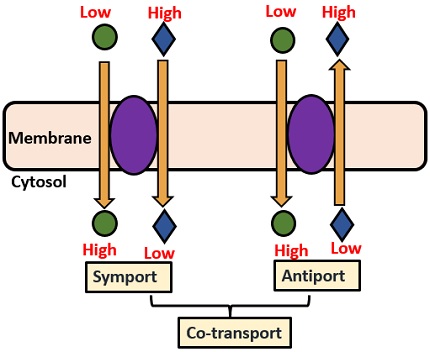 Cotransport: It is the combination of two systems, namely, symport and antiport. It is an obligatory system, which transports two solutes simultaneously either in the same direction or in the opposite direction.
Example: Transport of amino acid and glucose.

Process of Passive and Active Transport

The table showing the process of passive diffusion is given below:

The table showing the process of active transport is given below:

Thus, both passive and active diffusion plays a key role in the transportation process across the plasma membrane.