The differences between glycolysis and Krebs cycle are mainly due to the following factors like:

In this context, we will study the key differences between the glycolysis and the Krebs cycle, along with the comparison chart. Besides, we will also get to know the whole process and the net energy production of both the metabolic pathways.

It can be defined as the lysis or degradation of a simple carbohydrate, i.e. Glucose into a chemical compound Pyruvate (the anion of the pyruvic acid). It was discovered by Embden, Meyerhof and Parnas for which the glycolysis pathway also termed as EMP pathway. The glycolysis process occurs in a cell cytosol, i.e. the extramitochondrial soluble fraction. It is the linear pathway, which involves sequential chemical modification, each by different enzymes.

It can be defined as the oxidation of key intermediate, i.e. Pyruvate that is formed by the glycolysis process into an end product Oxaloacetate. It was discovered by Szent Gyorgyi and Hans Krebs for which this cycle is also termed as Szent-Gyorgyi- Krebs cycle. The Krebs cycle occurs inside the mitochondria. It is the cyclic pathway, where the cycle continues in the same pattern.

It has a preparatory phase and pay-off phase. 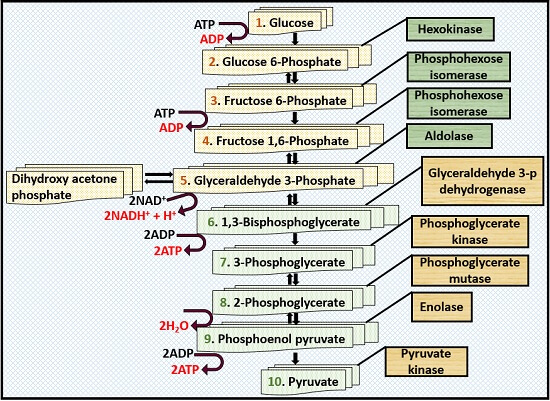 It is also called as the investment phase. It involves the conversion or phosphorylation of glucose into glyceraldehyde 3-phosphate. During this phase, ATP is consumed by the cell. Thus, the preparatory phase involves the following steps: 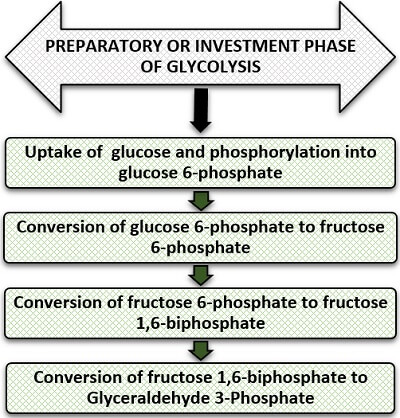 It involves the conversion or oxidation of glyceraldehyde 3-phosphate to pyruvate. During this phase, ATP is released by the cell. Thus, the pay off phase involves the following steps: 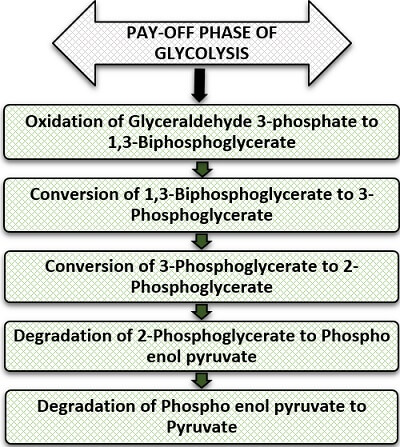 In the Krebs cycle, the process is in cyclic form, and it does not involve preparatory and pay off phase, unlike glycolysis. It involves oxidation of pyruvate (a key intermediate of glycolysis) to acetyl CoA, which initiates the Kreb’s cycle. The steps of Kreb’s cycle includes the following steps: 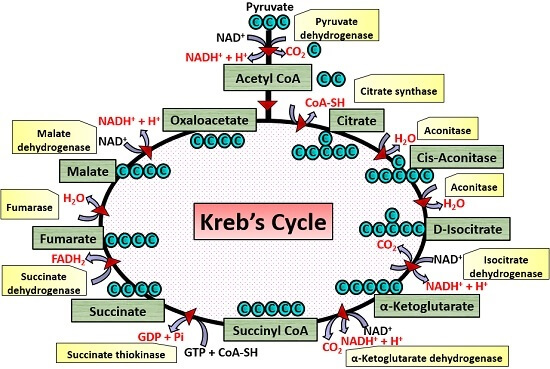 Net Production of ATP in Glycolysis

Net Production of ATP in the Krebs Cycle

We have studied the main differences in the properties of both glycolysis and Kreb’s cycle, in which they differ in the site of occurrence, the stage of respiration, respiration type, the flow of pathway, net production of ATP etc. Both the metabolic pathways have different enzymes, in which each catalyzes the modification of a chemical compound through their different enzymatic activities.