The differences between the paper and thin layer chromatography are due to the following properties which include: 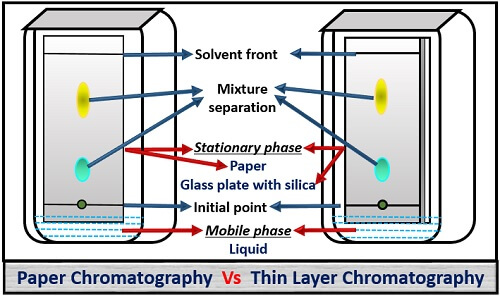 This technique was first introduced in 1903 by the scientist M.S. Tswett. Therefore, chromatography is merely the separation technique which separates the different components of a molecule by making the use of two distinct phases that are a stationary and mobile phase.

Mobile phase: It is the carrier or matrix in which the solvent is moving upwards through the stationary phase.

Stationary phase: It is the adsorbent that stays fixed inside the developing chamber.

Paper chromatography: It is the type of “Solid-liquid partition chromatography” in which the stationary phase is the cellulose filter paper and the mobile phase is liquid, where the particles are separated on the basis of their polarity towards both the phases. 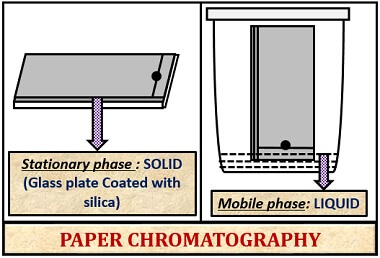 Thin-layer chromatography: It is the type of “Solid-liquid adsorption chromatography” in which the stationary phase is the glass plate coated with the silica gel and the mobile phase is liquid, where the particles are separated on the basis of their polarity towards both the phases. 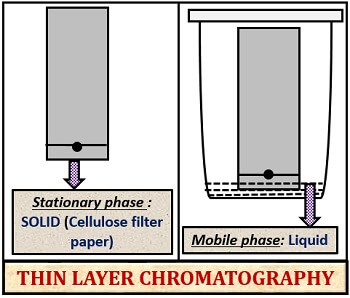 Difference in the process 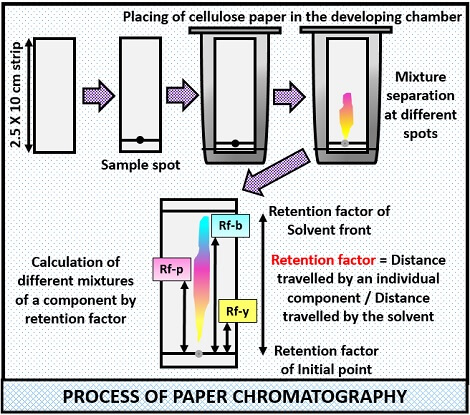 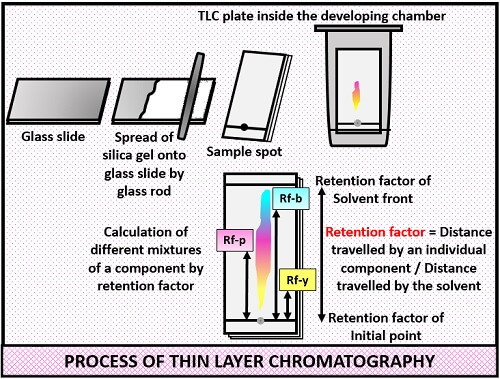 In this article, we have discussed the differences in properties, differences in the process and the key differences between the paper and thin-layer chromatography. The particles separated on the basis of their adsorption to the stationary phase or solubility in the mobile phase.

There will be more attraction of the polar solute towards the polar adsorbent i.e. cellulose and silica gel and will not moves upwards with the less polar solvent.

The non-polar solute will attract more towards the less polar solvent i.e to the mobile phase and will move upwards by the capillary action.

4 thoughts on “Difference between Paper and Thin layer chromatography”