The MMR system makes the use of MMR or Mismatch repair proteins to repair both the prokaryotic and eukaryotic DNA type. In the absence of MMR system, some defect arises, which are associated with:

To explain the MMR system, E.coli is the best model organism. We will come to know the definition, mechanism, types, components and functional role of the mismatch repair system in this context.

DNA mismatch repair refers to the rescue system that conserves the DNA sequences by removing the erroneous mismatched, inserted or deleted bases during the DNA duplication and recombination. Mismatch repair system functions to maintain genomic stability and integrity. It reduces the chances of error by 20-400 fold in the E.coli.

Both the prokaryotic and eukaryotic mismatch repair system follows the same pathway to recover the mismatched DNA: 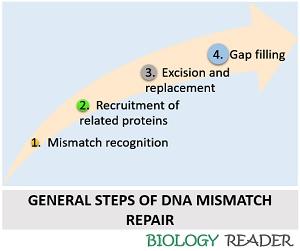 The mismatch repair is generally of two types, namely: 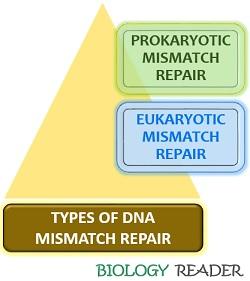 It consists of four essential components: 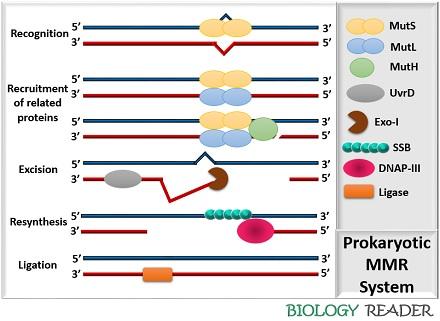 It consists of the following components: 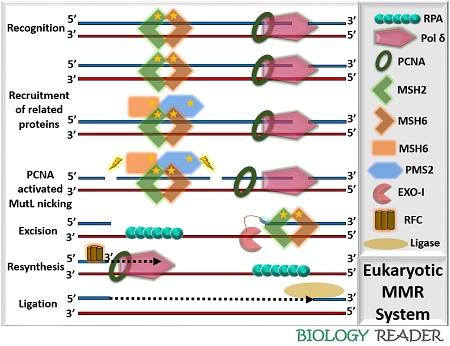 DNA mismatch repair involves a simple mechanism of excising mismatched bases along with 3,000 base pairs. Other than the excision of mismatched bases, it also performs some other functions, according to a recent study. 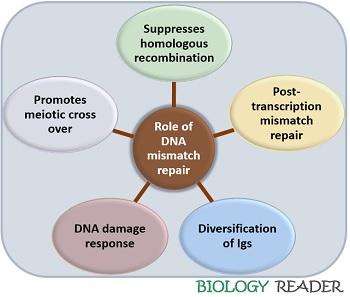 MMR proteins repair the post replication repair of mismatched DNA. Other function like promotion of meiotic cross over, DNA damage response and diversification of immunoglobulins. Suppression of homologous recombination by antirecombinational activity between divergent sequences.