Diffusion is a process that we experience in our daily life. It is a movement of molecules, ions or gases from a region of high concentration to an area of low concentration. For diffusion to occur, there must be a concentration gradient between the two areas.

A concentration gradient potentially excites molecules to move in order to equalize the difference in concentrations. The rate of diffusion relies upon the particle size and mass. Small particles diffuse faster in comparison to larger particles.

This post describes the definition of diffusion in terms of chemistry, physics and biology. You will get to know the mechanism of diffusion through an experiment on simple diffusion. Also, this content briefs various examples of diffusion.

In terms of chemistry, diffusion occurs by the random motion of molecules until the concentration becomes equal throughout the region. It occurs as a result of the kinetic properties of particles of matter.

In physics, diffusion is the movement of suspended particles in a matter from a high concentration to a low concentration region that is driven by thermal energy.

In terms of biology, diffusion is the movement of water, molecules or ions down their concentration gradient, i.e. from high to low concentration. 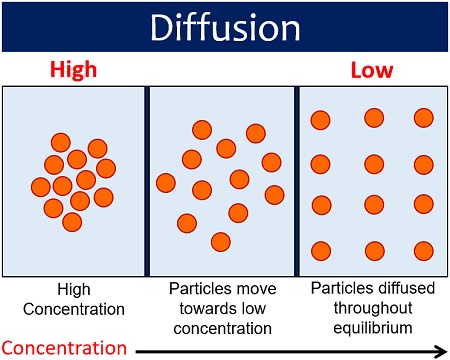 After a while, the food colouring spreads from the region of high concentration into the area of low concentration, turning the whole solution red.

Eventually, the food colouring evenly diffuses in the water, and the water in the glass becomes the same shade, i.e. red throughout. The original red colour in water will get diluted to produce a paler shade. Finally, diffusion stops because the region with a high concentration of food colouring will be no longer.

The concentration of the food colouring and water becomes the same throughout the beaker. Thus, when there are no longer distinct areas of high and low concentration, everything spreads out evenly, called dynamic equilibrium.

Let us discuss some examples of diffusion in daily life.

If you spray perfume or a room spray, you have witnessed the diffusion of the fragrance in the entire room. Molecules in the spray escape from the can (high concentration) and spread evenly towards the region with low concentration. 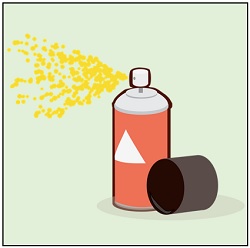 Due to diffusion, you can smell the fragrance of the perfume or room spray even from a distant place where the bottle has been opened.

Diffusion of Cream in Coffee

When you add cream to a hot coffee, the cream will diffuse throughout the cup of coffee. Concentrated cream particles on the top of coffee will condense near one another.

On the other hand, helium gas slowly diffuses through effusion, in which gas particles under pressure pass through tiny holes. Helium balloons deflate faster than balloons filled with oxygen. 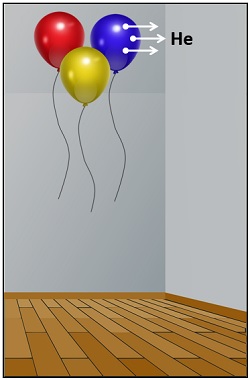 It occurs because helium atoms are small enough to escape through the tiny pores of the balloon. The other reason is that the helium gas is less dense than the air outside. It causes the diffusion of helium from the helium-rich area (balloon) to the low helium area (outside environment).

If you put a tea bag into a cup of hot water, the contents of the tea will mix within the water. The colour from the tea leaves will diffuse from its higher concentration (tea bag) to the lower concentration (water in the cup). When you take out the tea bag, you will see that the water turns black-red due to diffusion. 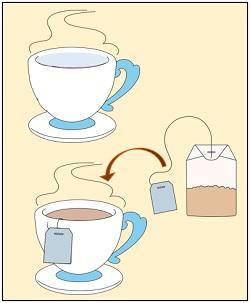 You must have noticed that soda goes flat after you open a seal of fizzy drinks. The carbon dioxide molecules, i.e. carbon and oxygen, are thoroughly dissolved into the water in the soda pop. So, once you open the seal of the soda can, enough carbon dioxide will come out, and the soda will become flat. 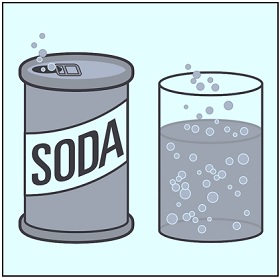 Air pollution is prominently caused by the diffusion of harmful gases, fumes and other toxic gases released from different sources (including vehicles, factories, burning fossil fuels etc.). These gases are considered greenhouse gases that pollute the normal air through diffusion. 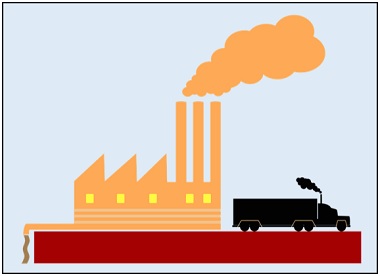 A network of tubules is a unit called the nephron, present within the kidney. Our kidneys can clean the blood via filtration and diffusion through the structural and functional unit, i.e. nephron.

Nephrons are the tiny tubules which filter and separate toxic wastes from the blood. There are small blood vessels or capillaries around the nephron. The filtrate within the nephron contains water, ions, glucose molecules etc., at higher concentrations than the capillaries. 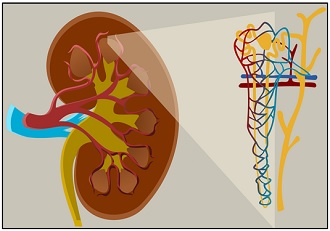 Thus, nephrons reabsorb water and nutrients in the blood through diffusion. Consequently, these valuable substances in the tubule will diffuse back into the capillaries. Hence, diffusion plays a vital role in purifying blood.

Diffusion is one of the important phenomena we experience daily, which we discussed in this post. In diffusion particles, molecules or ions move randomly in slow motion from the area of their high concentration to a low concentration.