These sensory organs play a major role in signalling information to the brain and help us to perceive the world around us.

Aristotle first categorized human perception into five senses based on the five sensory organs. He believed that these senses govern our reality, like how we live and react to the things around us.

After several studies, scientists believed that there are more than just these five senses, like the sense of balance and the sense of movement.

This post explains what are senses and which organs of the human body are associated with the five senses. You will get to know the function and examples of each sense. Well, how could we miss the facts? So, there will be some surprising facts about each sense organ.

What are the Five Senses?

Sight, hearing, touch, taste and smell are the five main perceptions or senses that your brain uses to know the clear picture of things happening around you. The sensing organs, i.e. eyes, ears, skin, tongue and nose, first collect the information through the sensory receptors and then relay it to the brain. Your brain gathers all the information and transforms it into action (either physical or chemical).

Example-1: When you starve, your stomach releases the ghrelin hunger hormone telling your brain that it is empty. The hypothalamus region of your brain controls the sensation of hunger through a series of reactions in the body and informs you that it’s time to eat.

Example-2: When you see anything scary, the amygdala (a part of the brain’s limbic system) will directly act and trigger a flight or fight response. These signals alert the hypothalamus to pump stress hormones by the adrenal glands that prepare you to fight or flee from the source of danger.

The release of adrenalin (stress hormone) results in a rapid heartbeat, sweating, and goosebumps that you usually experience during the threat. Adrenalin helps in many ways to fight back fear or stress:

So, undoubtedly our five senses are incredibly supportive and enable us to experience the beauty of the world around us.

What are Sensory Organs?

Sensory organs have specialized sensory neurons that can sense and transduce stimuli toward the brain. In doing so, the brain interprets the signals or stimuli into a specific command. Humans have five primary sensory organs that are as follows:

There are five kinds of perception, as illustrated in the diagram below.

The sense of vision is one of the strongest senses because we tend to believe more in what we see around us. The eyeball sits in the skull’s orbits, protected by bones and fat.

The sclera is the eye’s white portion. The sclera, along with the cornea, safeguards the intraocular structures. Your eyes detect the visible light spectrum (red, orange, yellow, green, blue, and violet colours) from sources like the sun or lamps.

The light particles or photons enter the eyes through the transparent cornea. The dome-shaped cornea bends or directs the divergent light on the eye lens through the pupil.

The iris dilates or constricts, adjusting how much light can pass through the pupil onto the lens. Then, the eyes focus the image onto the retina at the eye’s interior layer. The retinal membrane contains photoreceptor rod and cone cells.

Once light falls on these photoreceptors, the rhodopsin protein becomes activated. Rhodopsin translates light into nerve signals and converges it to the optic nerve.

Finally, signals reach the brain, as the optic nerve is directly connected to the brain. At last, your brain interprets those light signals to form visual images. 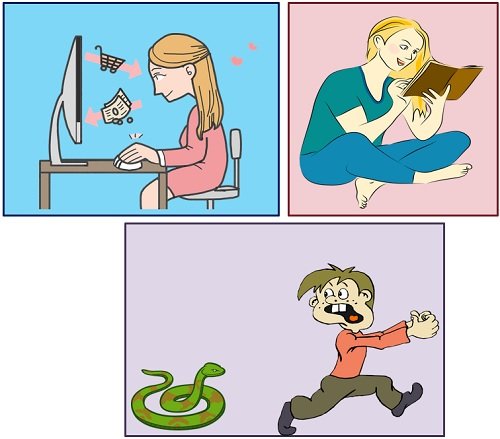 Hair cells in the ear move in response to specific sound frequencies and allow you to hear things. Music, laughter, and alarm bell all reach the ears as sound waves in the air.

It starts when sound waves enter your ear pinna or auricle. Its main job is to filter and amplify the sound waves down the ear canal (the external acoustic meatus).

Then, sound waves beat against the tympanic membrane or eardrum, generating some mechanical vibrations. Next, the three small bones in the middle ear are set into motion due to the vibrations caused in the eardrum in response to the sound waves.

The Malleus, incus, and stapes bones in the air-filled cavity of the middle ear are collectively known as auditory ossicles. Then, vibrations from the stapes knock against the opening to the inner ear.

The inner ear consists of fluid-filled canals, including the spiral-shaped cochlea. The hair-like cells or stereocilia in the organ of Corti detect pressure waves at different frequencies.

Stereocilia transform the vibrations from sound waves into electrical impulses. An electrical stimulus reaches the brain through the cochlear nerve. 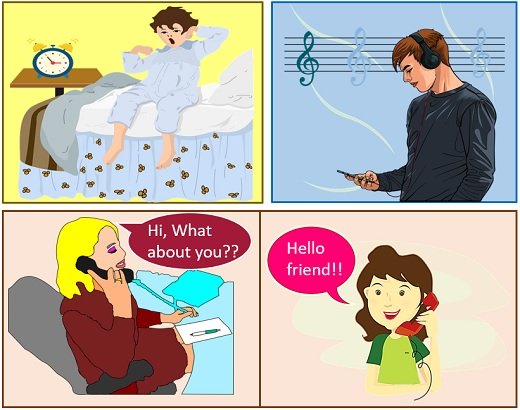 Your skin is the primary sensory organ because it covers the whole body and is directly exposed to the environment. Your skin forms the first line of defence when you experience any sort of physical or chemical stress. Touch is a type of perception that can be sensed all over the body.

Generally, mechanoreception is a scientific term for “Touch”. But, in broad terms, touch can be classified into the following types:

There are specialized nerve cells in your skin for the different touch sensations that we discussed above. These nerve fibres branch out from the spinal cord and reach the entire body. The sensory nerves transmit the input to the brain across the peripheral nervous system.

The skin comprises specialized receptors in the outer epidermis, middle dermis, and inner hypodermis. The skin receptors detect tactile sensations and relay signals through peripheral nerves toward the brain.

Merkel cells (in the lower epidermis of lips, hands etc.) and Meissner corpuscles (in the upper dermis of hairless skin like fingertips, nipples etc.) detect touch, pressure, and vibration. Pacinian corpuscles in the free endings of specialized nerves detect pain, itchiness, and tickling.

The sense of smell or olfaction gives the brain information about the odour perceived. Olfactory receptor cells in the nose detect odorants in the surrounding.

When you inhale, the chemicals or odourants suspended in the air enter the roof of your nostril. Over there, these chemicals bind with specialized olfactory nerve receptors located in the nasal epithelium.

Further, the limbic system of your brain receives the input and identifies a smell. So, the sense of smell is crucial to distinguish between a good and bad odour.

Olfaction also intensifies the sense of taste, or the sense of smell and taste work together. That is why food tastes bland whenever your nose is blocked.

Taste or gustation gives all the information to your brain about the foods and drinks you consume. When we chew food, the food juices or chemicals dissolved in saliva go into the taste buds. These taste buds are housed by small bump-like structures called papillae.

Circumvallate and fungiform papillae carry a cluster of taste buds. Food chemicals react with the chemoreceptors of the gustatory cells in the taste buds.

Further, these gustatory cells trigger a nerve impulse and send a signal to facial, glossopharyngeal and vagus nerve fibres, which relay the signal to the medulla oblongata.

Finally, the thalamus and cerebral cortex of the brain collect and interpret the signals to let you know how your food tastes. So, when you are busy tasting food, your tongue collects sensory data about the taste of your meal.

Our tongue can sense five basic tastes that are as follows:

Each taste sensed by your tongue helps your brain perceive the flavour of your food. 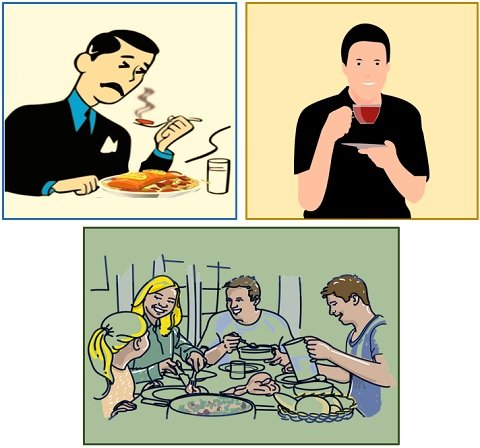 Thus, there are five basic kinds of perception through which the human brain and sensory organs work together to organize, identify and interpret the information related to the things around you.