Do you know the types of precipitation? Well, it’s not only rainfall. Precipitation is when water falls from the clouds in different forms back to the earth. The water that falls during precipitation can be in liquid or solid forms.

For example, rain is a liquid form of water, and hail is a solid form of water that falls on the ground. During monsoons, you must have witnessed rainfall or snowfall. So, that is nothing but precipitation.

Without any doubt, we can say that precipitation is a crucial step in the hydrological cycle, as it delivers or replenishes water to the earth.

Precipitation occurs in different forms like rain, drizzle, snow, sleet, hail or graupel. Among these, rainfall occurs predominantly. This post explains the definition and various types of precipitation in hydrology.

Meaning: In hydrology, precipitation is when the water in the atmosphere returns back to the earth in liquid or solid forms. Hydrology deals with the study of water properties, its movement on and below the earth’s surface, and the impact of human activity on water availability.

What are the Types of Precipitation?

There are three categories of precipitation based on the form of water that falls on the ground.

Precipitation is generally caused by the condensation of vapours into bigger and bigger water droplets. Rainfall and snowfall are expressed as depth, either mm or cm.

The intensity, amount and type of precipitation differ as per the changing seasons and geographical locations. Sometimes, acid rain is produced when gaseous pollutants contaminate water droplets before falling on the ground.

Why is Precipitation Important?

Let us discuss the different types of precipitation in detail. 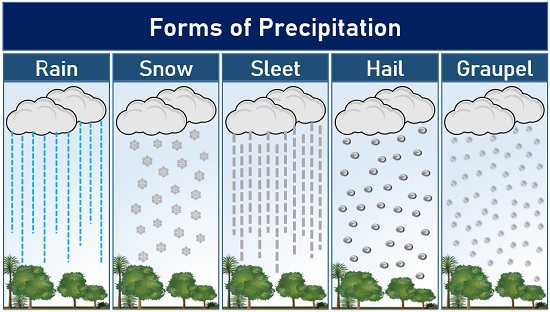 It is a type of precipitation that falls as water droplets over the ground. Rainfall contributes significantly to the earth’s water resources and the ecological cycle.

The size of raindrops is larger than a drizzle. But, their size may vary from big, heavy drops to light, little specs.

Tiny raindrops are cloud droplets with a spherical shape and a radius of less than 0.5 to 1 mm. In contrast, large droplets can reach up to the size of 3 mm, or in rare cases, the diameter is even more. 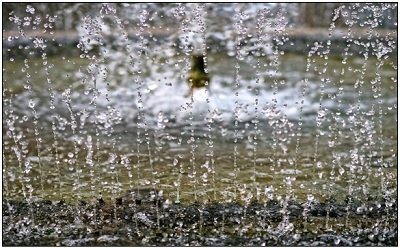 How Does Rain Fall?

Many water droplets of size (>0.5mm) collide and grow in size to produce a large drop (3 mm). This large drop has a flat bottom and an indented middle portion. Once the diameter of raindrops becomes 4-5 mm, they fall apart.

Drizzle is light liquid precipitation. It falls in the form of water drops smaller (between 0.2-0.5 mm) than the size of raindrops. Low stratiform clouds and stratocumulus clouds produce drizzles.

Sometimes, drizzle evaporates mainly due to its small size before reaching the surface and is undetectable on the ground. Thus, the precipitation rates from drizzle are 0.04 inches/day or less on the earth.

Due to the air current, the drizzle drops appear to float in the sky. Often, drizzle go along with fog but differs in the way that it falls to the ground. DZ is the METAR code for drizzle. 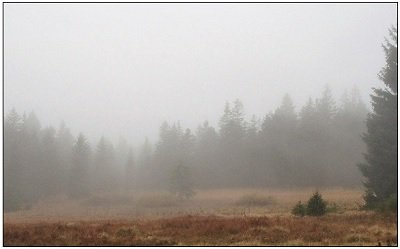 Both involve liquid precipitation above the surface in subfreezing temperatures and freeze on contact. But, the process of their formation is entirely different.

Freezing rain first releases from the clouds as snowflakes, which turn into a liquid when passed through a warm layer above the ground. Later, the raindrops again freeze once they strike with frozen ground. Nimbostratus is a cloud commonly associated with the production of freezing rain. 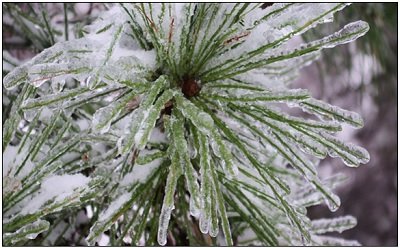 Freezing drizzle contains much smaller droplets. Unlike freezing rain, the droplets do not pass through a warm layer. Instead, they fall directly on the ground. So, drops of supercooled drizzle may freeze when they strike the cold ground. Low-level stratus clouds produce freezing drizzle.

Both fall in liquid form until the drops strike a cold surface. Raindrops become supercooled when atmospheric temperatures go below freezing or 0 °C. So, they remain liquid above the ground and freeze on contact with surfaces like trees, electrical wires, automobiles etc.

So, snow precipitation is when the clouds release snow crystals to the ground. Snow has a complex structure with an average density of 0.1g/cc. First, the water vapours condense into ice crystals.

When enough ice crystals accumulate within the clouds, they cluster to produce snowflakes. During snowfall, the nimbostratus clouds give off many soft snowflakes. Snowfall is usually calm, not disastrous like a hailstorm. 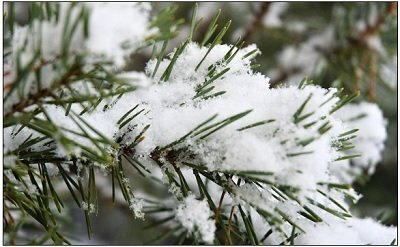 Are all snowflakes unique? The answer is yes because each ice crystal travels a unique path towards the ground with varying temperatures and humidity levels.

It gives different patterns and shapes to the ice crystals due to the different journeys to the ground. So, individual snowflakes differ in a certain way.

At the ground level, snow requires a temperature near or less than 0 degrees Celsius. Snow melts when it comes in contact with the warmer ground.

It forms when the raindrops pass through the air at subfreezing temperatures. First, the snowflakes travel through a warm layer of air and turn into raindrops.

Then, raindrops move down toward a below-freezing layer of air at the earth’s surface. The liquid refreezes into ice pellets, called sleet. The temperature inversion first melts the snow and then refreezes it. 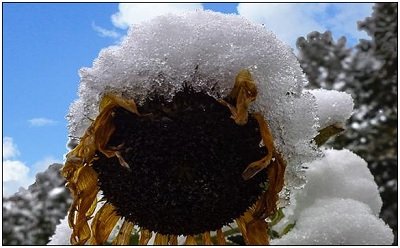 So, sleets are frozen raindrops. They fall as small, globose, clear ice pellets with a diameter of 5 mm or less. They are a result of the freezing of melted snowflakes or raindrops. It is different from snow, hail, and freezing rain.

It is a type of precipitation that occurs in the form of small ice balls called hailstones. Hail is associated with violent thunderstorms.

Unlike snow, hailstones are hard and 5 mm or more in diameter. The size of hailstones is like small rocks that can weigh more than a pound.

Such clouds produce thunderstorms that uplift water droplets above the atmosphere’s freezing layer. There, water droplets encounter more supercooled water and freeze into the ice particles. 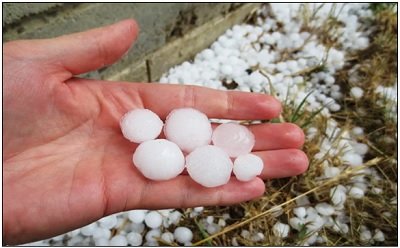 The process repeatedly occurs, causing ice particles to grow big enough to produce ice balls or hailstones. So, this alternate freezing adds another layer of ice to the tiny bits of ice particles.

Unlike sleet, which is liquid when it forms and freezes as it falls to earth, hail falls as a stone of solid ice. GR is the METAR code for large hail.

Soft hail, hominy snow, or snow pellets are the alternative names for the term graupel. It falls as the crisp, non-transparent rime balls of size 2-5 mm.

Graupel forms through riming, in which supercooled water droplets freeze on encounter with snow crystals at a temperature below 0°C. Graupel is different from hail in terms of formation and appearance.

You can distinguish graupel from hail by the shape, texture and circumstances in which it falls. Hailstones are hard, large, uniform and fall only during thunderstorms.

Unlike hail, graupel has a soft texture, small size, and it falls typically during winter thunderstorms. GS is the METAR code for graupel. 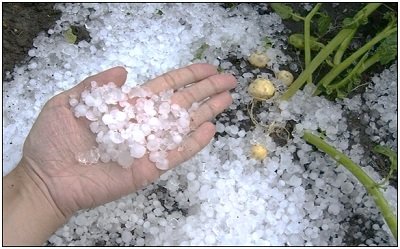 Thus, we can say that there are different types of precipitation based on different temperature and humidity levels in the atmosphere.