A study of osmosis can be done using a potato osmometer. Osmosis is a phenomenon in which water moves from high solvent to low solvent concentration. The movement of water occurs between two compartments, separated by a semipermeable membrane.

Water is the solvent that travels down or up the cell concentration gradient through osmosis. We can study water diffusion by creating two compartments and a semipermeable membrane in between.

The difference in the concentration of solutes or solvents between two compartments is the driving force responsible for water movement. Here, we need to note that only solvents can pass the selective barrier, not solutes.

Thus, the diffusion or distribution of water is related to osmosis. This post describes the meaning, requirements, procedure and results of the potato osmometer experiment.

It is a common experiment to demonstrate both endosmosis and exosmosis using a potato. Using a potato Osmoscope, we can study osmosis in a living system. 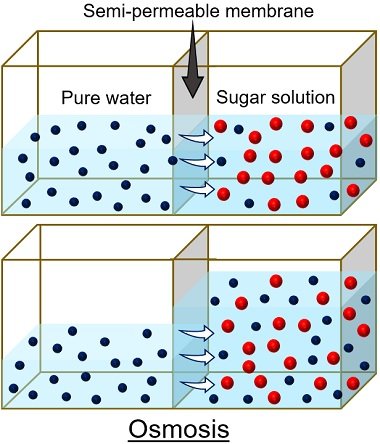 Here, a potato is used because the porous outer surface of the potato acts as a selective membrane.

Thus, a selective membrane separates two compartments and allows the process of osmosis.

To study endosmosis, a concentrated sugar solution is poured into the cavity of the potato tuber, which is kept in the Petri plate containing water.

The solution level inside the cavity of the potato tuber increases due to:

Following the rule of osmosis, water in the cell surrounding enters the tuber cavity via the cell membrane.

To study exosmosis, water is poured into the cavity of the potato tuber, which is kept in the Petri plate containing concentrated sugar solution.

The water level inside the cavity decreases due to:

Following the rule of osmosis, water in the potato cavity enters the surrounding solution via the cell membrane.

To perform the experiment, we need the following things: 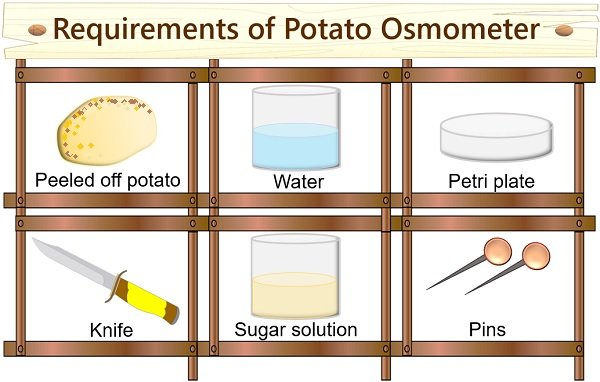 To perform the potato osmometer experiment, we need to follow the given procedure: 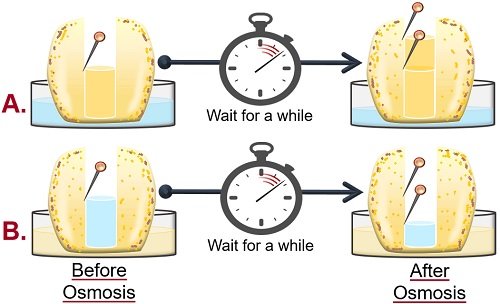 The water movement from the Petri plate to the potato cavity or vice versa is due to the difference in the solvent or solute concentration between the two compartments.