Corolla in plants is a second whorl, which completes the perianth in combination with a layer of the calyx. It generally comprises several petals whose primary function is similar to the role of the calyx, which protects the flower reproductive structures.

Corolla is also a sterile part of the flower. It can be tubular, funnel-shaped, wheel-shaped etc. The size of the corolla is greater than the calyx. Petals are colourful and scented whose sole function is to attract pollinating agents like bees, birds etc.

In this post, we will study the meaning, features, regular and irregular forms of the polypetalous corolla and gamopetalous corolla, along with the major functions of the corolla.

Corolla in plants refers to a group of petals that prominently appears coloured and encircles the reproductive structures of a flower, i.e. stamen and carpel. Therefore, corolla or petals merely refers to the second whorl of a flower, which is interior to the calyx. Like calyx, corolla can also be gamopetalous (fused) and polypetalous (free). 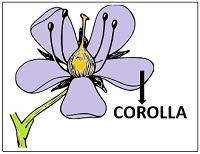 Throat refers to the junction of the tube and lobe. The shape and size of the corolla in plants differ among different species, and it is classified into regular or irregular form. 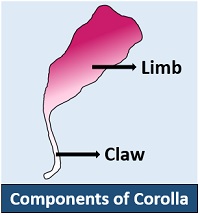 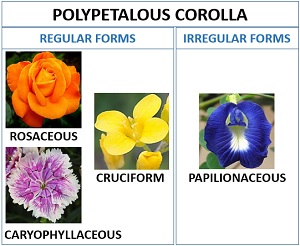 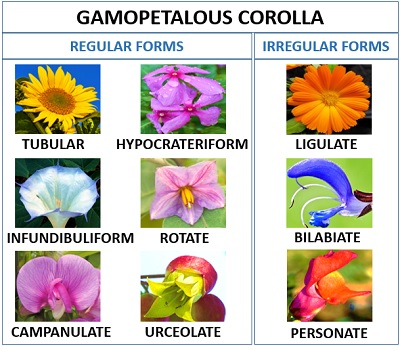 Functions of Corolla in plants 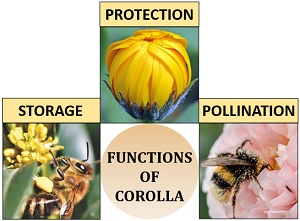 Therefore, the corolla is a collective term for the group of petals, and it is the most attractive part of a flower because of its fluorescent colour and fragrance. It does not directly take part in pollination, but indirectly it can captivate or repel the specific pollinators.

2 thoughts on “Corolla in Plants”