Transformation in bacteria was first studied by a scientist Frederick Griffith in 1928. According to Griffith, the DNA or gene transfer can occur either naturally or artificially from one type of bacteria to another. For example, Transformation of non-virulent strain to a virulent cell or vice versa.

To explain the transformation principle, Griffith performed certain experiments on the mice by taking pathogenic bacteria Streptococcus pneumoniae. Transformation results in gene alteration in the recipient cell, due to the incorporation of free DNA from its surrounding through the cell membrane. 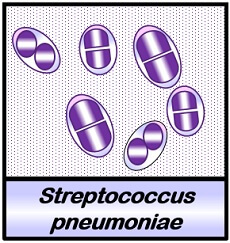 To explain the theory of transformation principle, Frederick Griffith performed a series of experiments where he injected two different strains of Streptococcus pneumoniae into the mice and reported the particular strain’s effect into the mice. 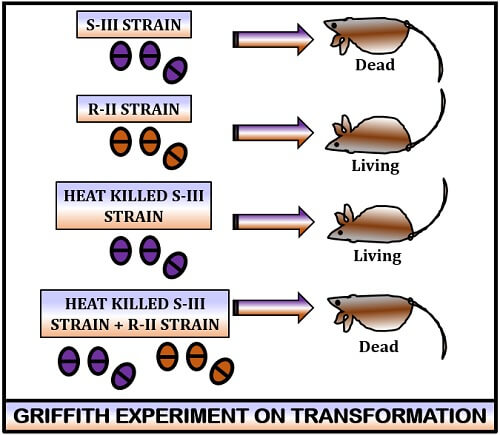 Therefore, Griffith, in his experiment, concluded that there is a transformation factor, which has caused the transformation of the sensitive strain to virulent type. According to him, the transforming factor was a protein, which he was not sure about.

To explain the transformation factor (whether it was a protein or some other component), Avery, Macleod and McCarty performed a series of experiments. Their experiment to identify the transformation of R-II to virulent type can be summarized into the following sequential steps: 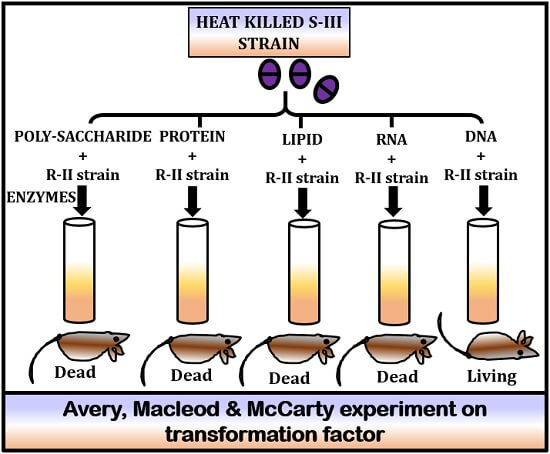 After doing this experiment, they observed the death of four mice except for the last one. They concluded that the DNA is the transformation factor which has transformed the R-II strain to the virulent type. Therefore, the DNA is the heritable material that has transferred the virulence from the dead or heat-killed S-III strain to the R-II strain.

As the DNA of S-III or virulent strain is destroyed by the enzyme DNase, there will not be any transformation between the heat-killed S-III strain and the R-II strain, and thus there will be no effect on the mice. They also concluded that even though the polysaccharide is a virulent factor, but still it is not involved in the transformation as it is not heritable.

There are three stages of transformation which include:

To carry out the transformation process, the bacteria should be competent to take up the free DNA. Competence can define as the physiological state, where a recipient cell is in a state where it can respond to the environmental conditions such as starvation and cell density. Therefore, when a cell becomes competent, it can take up the exogenous DNA from the donor’s cell.

In the process of transformation, competence can be of two types:

It is a type where a transformation occurs naturally in response to environmental signals and extreme conditions. About 1% of bacteria can develop competence naturally. A set of genes are carried by the naturally competent bacteria. The genes (DNA) then migrate across the cell membrane naturally and infuse within the recipient’s cell. 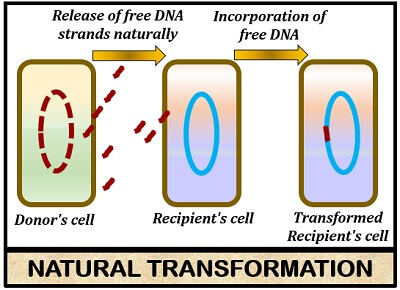 Divalent cation method: It was first introduced by the two scientists Mandel and Higa in 1970. In the divalent cation method, the E.coli in the log phase of growth are taken from the culture. Then, E.coli culture is centrifuged. From the E.coli culture, the pellet of bacteria is resuspended in the divalent ion solution like calcium chloride. After that, the culture is kept under cold conditions that result in the weakening of bacteria’s cell surface and allow the binding of free DNA molecule. 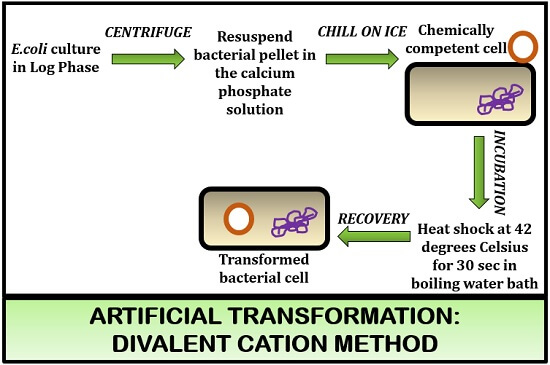 Then, the bacterial suspension is suddenly subjected to the high temperature (42 Degrees Celsius) for 30 seconds in the boiling water bath, and the process called heat shock. It results in the thermal imbalance within the bacterial cell and forces the binding of free DNA into the cell.

Electroporation: It is an alternative method of chemical transformation. In electroporation, the bacterial cell is subjected to a high voltage of 15 kV/cm for a 5 µ sec under the influence of an electric field, and the process is called electroshock. The electric shock enhances the ability to take up the free DNA strand. In 1982, a technique of introducing free DNA into the mice was carried out by a scientist Neumann where he treated it with the short pulses at high voltage. 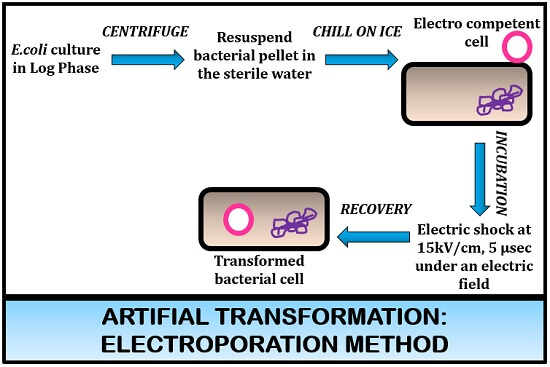 We can conclude that the non-competent cell has to be competent to carry out the transformation. The competence is developed by the environmental signals like temperature, pH, heat etc., making the cell competent by enhancing the ability to take up the free DNA.