The functional role of the cell wall is to provide protection and rigidity. In contrast, a cell membrane protects the protoplasm and mediates the exchange of materials between a cell and the environment.

A cell wall shows complete permeability towards small molecules, whereas the plasma membrane shows semi permeability that allows water, specific molecules or ions to enter or exit a cell.

It refers to the outermost covering of most of the bacterial, fungal and plant cells. A plant cell wall primarily possesses cellulose (a most copious polysaccharide found in nature). The cell wall of bacteria comprises a murein peptidoglycan layer (formed by the combination of carbohydrates and amino acids). 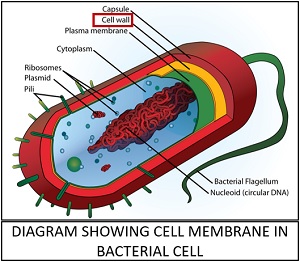 Among bacteria, Mycoplasma is an exception that lacks the cell wall. A fungal cell primarily contains chitin (a nitrogenous polysaccharide). The plant cell-wall mainly comprises the following elements:

The plasma membrane, cytoplasmic membrane or plasmalemma are the alternative names for the cell membrane. It is common in all living cells, or we can say it is imperative to sustain life. Singer and Nicolson were the two scientists who gave the 3D model and studied the plasma membrane structure through electron microscopy. 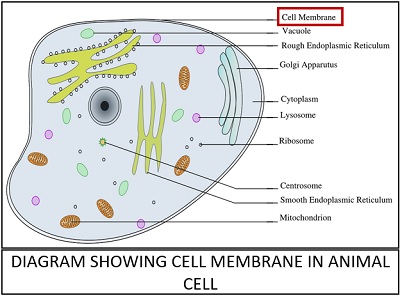 The composition of bilayer cell membrane consists of 60-80% of proteins, 20-40% of lipids and 2-10% of carbohydrates. It consists of a phospholipid bilayer membrane, which comprises 50% phospholipid, 2% glycolipids and the remaining sterol.

The phospholipids and glycolipids generally consist of 16-18 carbon-atoms fatty acid chain, which can be saturated or unsaturated. A lipid bilayer membrane also comprises carbohydrates (predominantly glycoproteins), which helps in cell-cell recognition.

The plasma membrane structure contains two significant elements, such as polar or hydrophilic head and two hydrophobic tail. The cholesterol chains are embedded within the fatty-acid tails, and they provide membrane fluidity.

Despite many differences, both the cell wall and plasmolemma are the outer coverings, which safeguards the inner protoplasm and internal cell organelles against physical and chemical damage. They can be considered as a shell, which protects the inner body from extreme environmental conditions.