The difference between humoral and cellular immunity are mainly due to two factors like the type of an immune response and the regulation of immunity.

In this context, we will study the key differences between the humoral and the cellular immunity along with the comparison chart. Also, we will discuss some of the important terms that are frequently used as well as the mechanism of both the immunity systems.

Humour means body fluids (like blood and lymph) and Immunity means protection. Thus, we can define it as the active immunity system, in which the antigen-specific antibodies are produced by the B-cells into the body fluids where they provide immunity in counter to the extracellular pathogens by first binding and then neutralizing their activity. Let us discuss a few of the important terms that are frequently used while studying the type of humoral immunity.

B-cell: It is also called B-lymphocytes, which are one of the types of WBCs. B-cells are released by the stem-cell in the bone marrow. The maturation of B-cell occurs in the bone marrow, where it differentiates into the plasma cells. B-cell has a short life span, and it is thymus-independent. 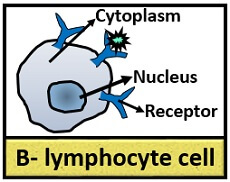 Plasma-cell: It forms by the maturation of the B-cell.  Plasma-cell undergoes cell-division by producing many antibodies in the body fluid. The tendency of plasma cells to produce antibodies is 2,000 antibodies per second. 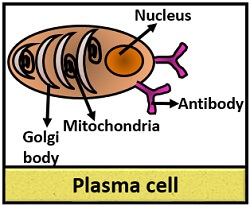 Endocytosis: It is the process of entrapping the molecules in the extracellular matrix, in which the particles in the surrounding are internalized into the cell via a vesicle formation. 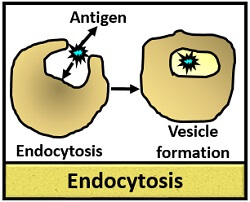 MHC: It stands for Major Histocompatibility Complex. These are the transport proteins that surrounds on the surface of almost all the immune cells and performs a key role in the processing of antigen as well as helps the T-cells in identifying between the self and foreign antigens. Class-I MHC and Class-II MHC are the two common types of major histocompatibility complex. 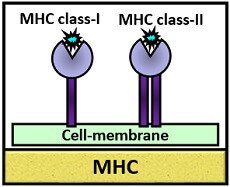 As from the name it is clear that this type of immunity is mediated by the cells. Thus, it can be defined as the active immunity, in which the antigen-specific T-cells are produced by the thymus that secretes cytokines to destroy all the intracellular pathogens. Let us discuss some of the important terms that are frequently used while studying the type of cell-mediated immunity.

APCs: It stands for Antigen Presenting Centres. These are the types of cell, which first recognize the foreign body, then engulf it through endocytosis and later form vesicle around the antigen. Then, these APCs will engulf the antigens and neutralize it by forming many fragments. The antigens are then loaded on the MHC after T-cell activation via MHC antigen processing. APCs are of three types, namely dendritic cells, Macrophages and B-cells. 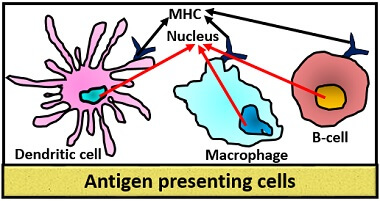 T-cell: In T-cell, T stands for Thymus, which is also a type of WBC that performs a significant role in the immune system. It originates from the thymus via thrombocytes. 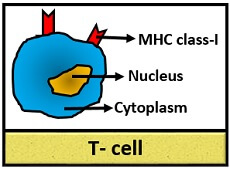 T-cell produces more cytokines and undergoes differentiation into many effective T-cells, where each performs a distinct function. There are the following types of T-cells which include: 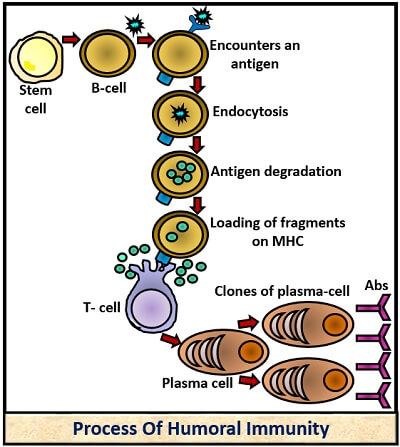 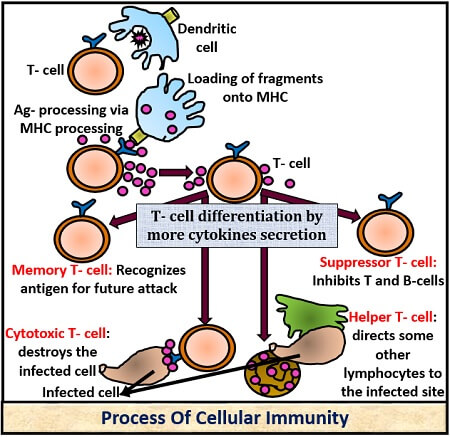 We can conclude that both humoral and cellular immunity are the two different active immunization system, which works on different criteria. Both humoral and cellular immunity is the “Mode switching” process that is carried out by our immune system. When the extracellular pathogens attacks, the immune system of our body switches on the humoral kind of immunity, while the other is switched off.

In the processing of intracellular pathogens, our immune system switches on the cellular kind of immunity by switching off the other. Therefore, the whole process is based on the principle of mode switching, where the immune system recognizes the type of pathogen and regulate the process of immunity with the help of lymphocyte cells.

1 thought on “Difference Between Humoral and Cellular Immunity”