What is the difference between 70-S and 80-S ribosomes? They are classified based on their sedimentation rate. ‘S’ is the non-SI metric unit, expressed as Svedberg’s Unit, that denotes the sedimentation coefficient of the ribosomes.

The particle size of ribosomes in prokaryotic and eukaryotic cells differs, due to which they sediment at different rates when centrifuged. Thus, the sedimentation coefficient is the basis for classifying ribosomes.

This post highlights the key differences between 70-S and 80-S Ribosomes and the comparison chart. You will also learn the meaning, composition and similarities between the two.

Ribosomes are complex biomolecules having a granular structure. They consist of ribosomal proteins and rRNAs, hence are also called ribonucleoprotein particles. Ribosomes are the centres assisting protein synthesis or gene translation.

The functional ribosome has A, P and E binding sites, and during translation: 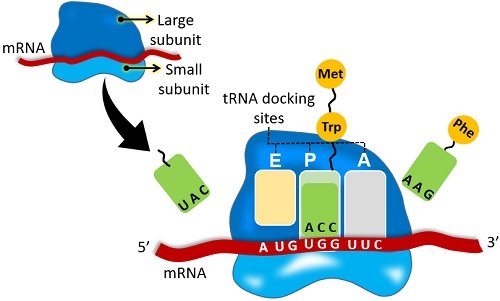 Based on the sedimentation coefficient, ribosomes are categorized into 70-S and 80-S types of ribosomes. According to the structure of the ribosome, both 70-S and 80-S ribosomes consist of one larger and one smaller subunit with different rRNA and proteins.

They are most often seen in prokaryotic cells and are called prokaryotic ribosomes. But, semi-autonomous cell organelles like mitochondria and chloroplast also have 70-S type ribosomes. 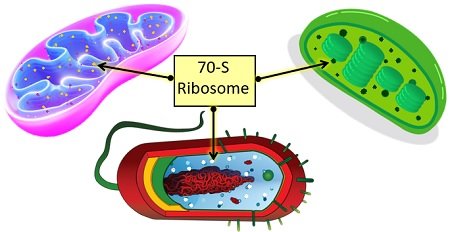 70-S type of ribosomes are smaller in size and comprises two unequal subunits.

The 50-S subunit has 5-S rRNA and 23-S rRNA, while the 30-S subunit contains a 16-S rRNA. The picture below illustrates the structure and components of 70-S ribosomes. 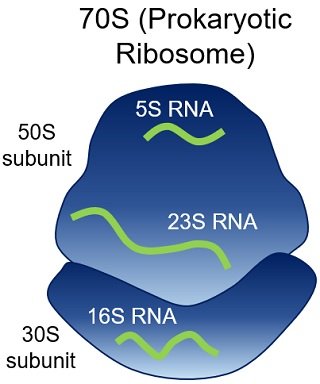 They are common only in eukaryotic cells and are called eukaryotic ribosomes. 80-S ribosomes also appear granular and can be free-floating or membrane-bound.

In plant and animal cells, the ribosomes are freely dispersed in the cell cytosol. Though few are bound to the cell structures like RER (rough endoplasmic reticulum) and nuclear membrane. 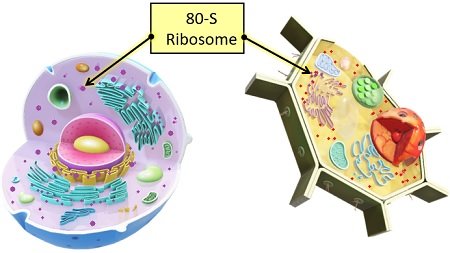 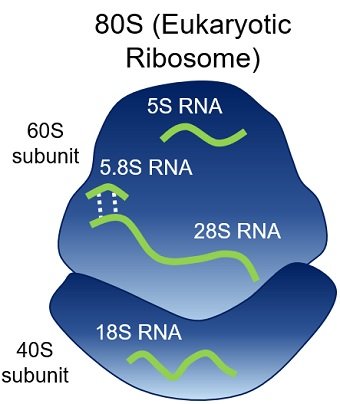 The picture above depicts the structure and components of 80-S ribosomes.

Both 70-S and 80-S ribosomes participate in making proteins or handling translation. Ribosomes decode the mRNA sequence and translate it into an amino acid sequence to form specific proteins. The proteins synthesized by ribosomes are necessary for both prokaryotic and eukaryotic cells to carry out cellular functions.