The translocation of food, water and minerals is facilitated by the coordination of vascular vessels within roots and stems. Vascular plants are the higher plants belonging to the group of tracheophytes, which comprise a well-developed root system and shoot system.

Oppositely, the nonvascular plants are the lower plants belonging to the group of bryophytes, which appear microscopic and possess small leaves and rhizoids instead of roots.

This post discusses the key differences between the vascular and nonvascular plants along with the comparison chart. You would also get to know the definition and similarities between the two.

Vascular plants or tracheophytes constitute a large group of terrestrial plants that carry specialized vessels (xylem and phloem) that are well distributed in the roots, stems, and leaves. Xylem and phloem cells constitute the vascular system and aid the translocation of food and water all over the plant body. 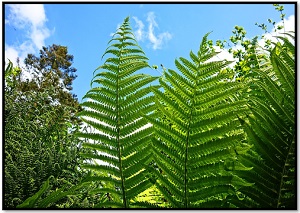 Besides, the vascular system also provides support and rigidity to the plant. Vascular plants possess well-developed vascular tissues, meristematic tissues, ground tissues, and dermal tissues. The life cycle of a vascular plant has alternations of two generations, in which a diploid sporophyte phase lasts longer.

The characteristic feature of vascular plants is that they comprise a true root and shoot system. Vascular plants include trees, shrubs, grasses, ferns, conifers, and flowering plants. The plants belong to this group have diverse and complex life cycles. The vascular vessels in vascular plants are of two kinds, depending on what they transport.

The phloem vessels transport the photosynthetic food material to the rest of the plant body. In contrast, xylem vascular vessel aids the conduction of water from roots up to the whole plant.

Nonvascular plants or bryophytes form a group of aquatic and terrestrial plants that do not possess specialized vessels (phloem and xylem) to conduct water and minerals throughout the plant body. They include bryophytes like green algae, mosses, ferns, liverworts, and hornworts. 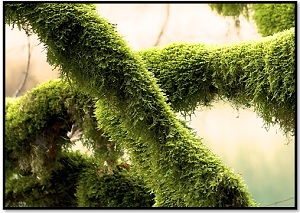 Nonvascular plants are considered lower plants, as they neither possess true leaves, stems, roots, flowers, and fruits nor specialized tissues for water and food conduction. For water translocation, nonvascular plants have simple tissues. A haploid gametophyte generation is prominent in the life cycle of bryophytes or nonvascular plants.

They appear microscopic and grow very small. Instead of roots, they contain rhizoids that only support the plant body and perform no special role in the absorption of water.

Nonvascular plants lack deep roots that absorb water. So, to combat water requirements, they are generally found in moist environments to remain in touch with the water source. The reproductive strategy of nonvascular plants is quite different, as they can reproduce sexually via single-celled spores or asexually by budding and fragmentation.

Therefore, we can conclude that the vascular and nonvascular plants are green, photoautotrophic plants belonging to the kingdom Plantae. There are many phenotypic differences among these two, like the plant length, presence of true leaf, stem and deep roots. Besides, there are many physiological differences, like the presence of the vascular system.